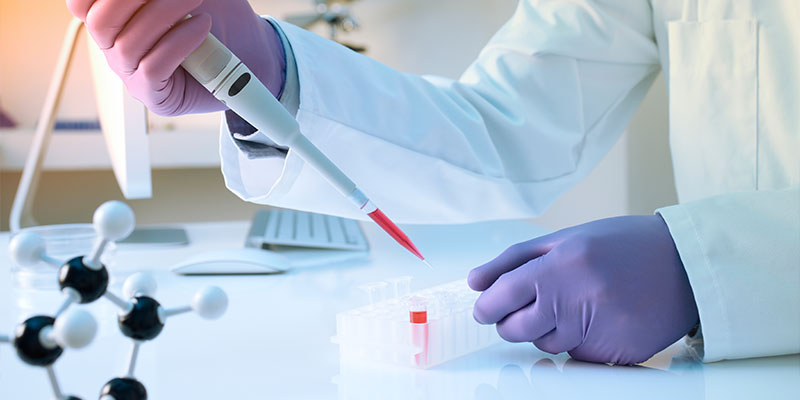 If we had to trace the roots of genomic testing, it would begin with the Human Genome Project. Completed in 2003, it mapped the entire genetic code of humankind. It marked a breakthrough in science and brought a seismic shift in how we look at diseases like Alzheimer’s.

In more recent years, genomic testing has developed further. It is now used to look for inherited cancer and how to treat it. As one of the leading Genomic Testing Centres in Chennai, we explain the process and why it is beneficial.

What Is Advanced Genomic Testing?

The process of observing all the genes that make up an organism is called genomic testing. In humans, it means studying 25,000 different genes and the 3 billion DNA units they contain.

The testing is conducted by taking a blood sample and then looking for genetic changes. Since cancer is a mutation of genetic code that causes the cell to grow and spread unchecked, genomic testing can detect it. The test looks at the makeup of the genes the person has, which may increase cancer risk.

Genomic testing is typically performed on people with cancer diagnoses. Genetic testing is conducted on people who have yet not been diagnosed with cancer. It is particularly helpful for relatives of cancer patients. Because if one member of a family has an inherited gene mutation, others may have it too.

Advanced genomic testing is also helpful in deciding on chemotherapy and other treatments that target a particular kind of cancer. It is beneficial since it prevents any harm to normal cells during therapy. Targeted therapy attacks only particular mutations. It doesn’t have a negative impact on healthy and normal cells. Thus, it is not only less toxic to a person but also reduces the side effects of cancer treatment.

What Is The Process Of Genomic Testing For Cancer?

In case an oncologist decides that a person is a good candidate for cancer genomic testing, the following steps are taken:

The oncologist will take the time to explain the result of the genomic testing and the indications of a new treatment. They will also formulate a new targeted treatment plan.

What Are The Advantages Of Genomic Testing For Cancer?

Of all the benefits of genomic testing for cancer, the biggest is tailored treatment. It allows the identification of serious conditions and individualised aggressive therapy that may help prolong life. The reverse is also true. Patients with less serious cancer are spared from aggressive treatments.

Genomic testing is also advantageous in node-negative breast cancer. Some women tend to relapse when treated only with surgery. With testing, such women can be identified and offered additional chemotherapy. It can also determine which women need not undergo chemotherapy after surgery.

Do you need genomic testing?

We highly advise all cancer patients to consult their oncologist. The doctor will be able to determine if you are a candidate for genomic testing or not. For those who undergo such testing and an inherited mutation is found, a counsellor is assigned to you. They can answer any questions you or your loved ones have.

At Yaazh Xenomics, we offer proactive screening and genetic testing for various applications. On more questions on how genomic testing can help cancer patients, we readily offer our expertise in the emerging field to you at any time!